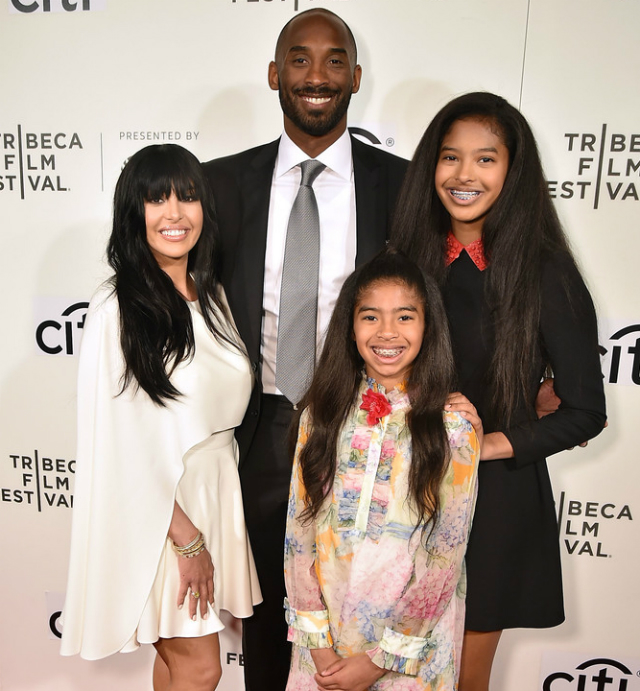 Kobe Bryant and the family were one of many groups at the 2017 Tribeca Film Festival at BMCC Tribeca PAC on Sunday. The event was held in New York City and featured Kobe’s six-minute film based off of his 2015 retirement poem.

“The best way to inspire the next generation of athletes is through stories,” Kobe said of his animated film. “You can sit here and say things, say ‘you need to be devoted and work hard,’ but if you do it through stories then it tends to sink in more,” he added.

Fans got to see much of Kobe’s work ethic during his 20-year stint with the Los Angeles Lakers. Bryant made history as the first NBA player to serve on one team for the entirety of his career. Many fans were not ready for the star athlete to retire last year as Kobe’s contributions went beyond the court and into the community.

“I could sit and coach 15 guys or I could commentate on a game, but I feel like if I can [instead tell] a story, then that’s something that will live much, much longer,” Kobe said of his new animation film and general role in society. “If you can see an executional thing or an adjustment that a player has made during a game and understand the connectivity of that adjustment to human nature, then I believe I’ve done something more.”

Kobe and wife Vanessa Bryant are the proud parents of three kids. The couple’s youngest child, Bianka, celebrates her first birthday in December.

CIARA IS GLOWING AND READY TO POP