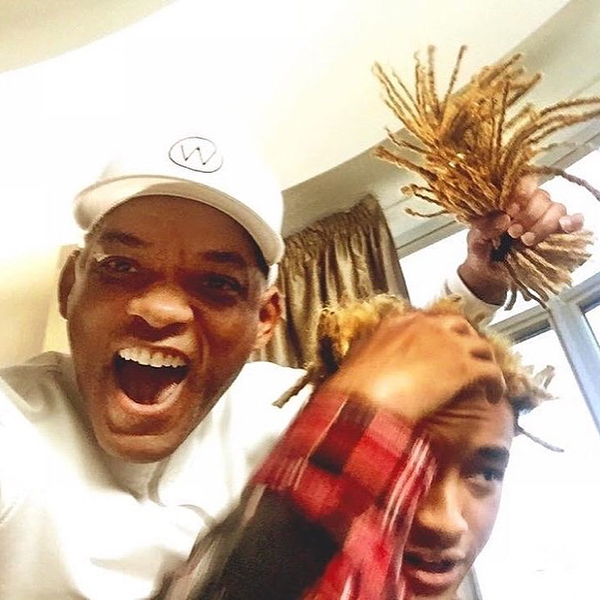 On the set of his upcoming film, Life in a Year, 48-year-old Will Smith generously helped his son, eighteen-year-old Jaden Smith, get ready for their first day of shooting-with a haircut.

The famed actor, producer, and father of three, captioned his Facebook shot, “Getting Jaden Smith ready for the first day of filming #LifeInAYear…maybe I should’ve used scissors?!”

The fashionable model, actor, activist and rapper, after his haircut, sports a clean cut look for his upcoming role as seventeen-year-old Daryn, who is determined to give his dying girlfriend an entire life in a year.

Smith has several credits to his name including 2010 Karate Kid, The Pursuit of Happyness, After Earth, and The Get Down.

If this is what it is like for father/son on set, we are definitely jealous of all of the fun! Life in A Year, also starring Terrance Howard and Cara Delevingne, is set to debut in 2018.