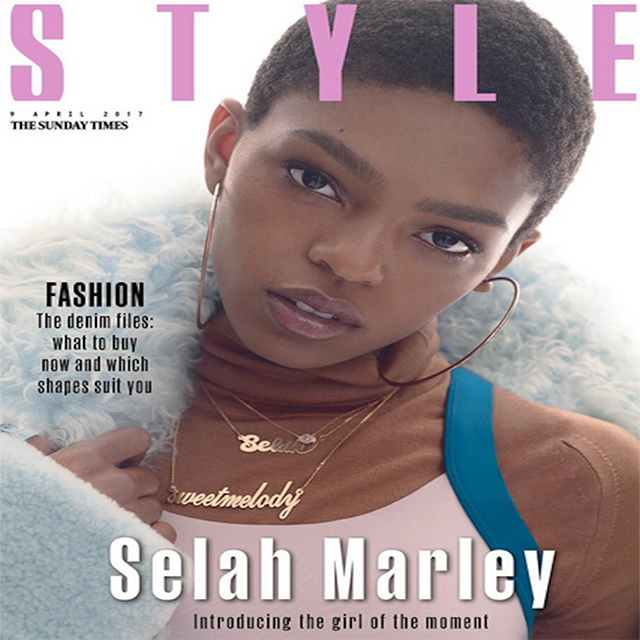 Shelah Marley, daughter of Lauren Hill and Rohan Marley has definitely become the fashion industry’s latest “it girl”. The beautiful eighteen-year-old has graced the covers of multiple magazines, has walked the runway and shot campaigns for Miu Miu, Calvin Klein, Yeezy, Chanel, and Beyonce’s Ivy Park, just to name a few.

However, when it comes to inspiration, Marley, definitely credits Beyonce as being top on her list.

“I think a lot of times the image that a black women have in the media is quite negative,” the teen explains to The Sunday Times, UK. “I think Beyonce working to really empower and show the grace and beauty and intelligence in young black women is really beautiful.”

#AD “WHEN I’M ABOUT TO GIVE UP, IF I DON’T HAVE ANYONE AROUND ME TO MOTIVATE ME, I HAVE TO DIG DEEP INTO MYSELF.” @WEAREIVYPARK #IVYPARK

At just 5’3″ tall, Marley’s star in the fashion industry has been on the rise for sometime and only continues to glow brighter. She is iconic, graceful, and her eyes, not only tell the story of an old soul speaking out, but they also unquestionably tap her as a dead ringer for her mother.

Currently in her first year at NYU, studying science and spirituality, modeling is not her only focus. The teenager is taking courses that cover mysticism, literature of sleep and Ancient Egyptian art, focusing on figuring out exactly ‘who is Selah Marley’ and exploring all the possibilities that the universe has to offer.

“I’m working on a project that basically expresses the entirety of myself,” Marley tells The Times UK. “I feel like modeling can be a little surface. I think this project is really just the purest expression of myself and things I’ve internalized for a long time.” What is it you ask? Well, Marley goes on to say that, “it’s a little bit of a blog. I don’t really know what to call it, but it’s going to be a really interactive, visually enticing experience.”

And we cannot wait until it is revealed! Whatever the outcome, we know that it will be sensational just like Selah!