THE WADE QUADRUPLETS ALL EARN SPOTS AT YALE AND HAVARD 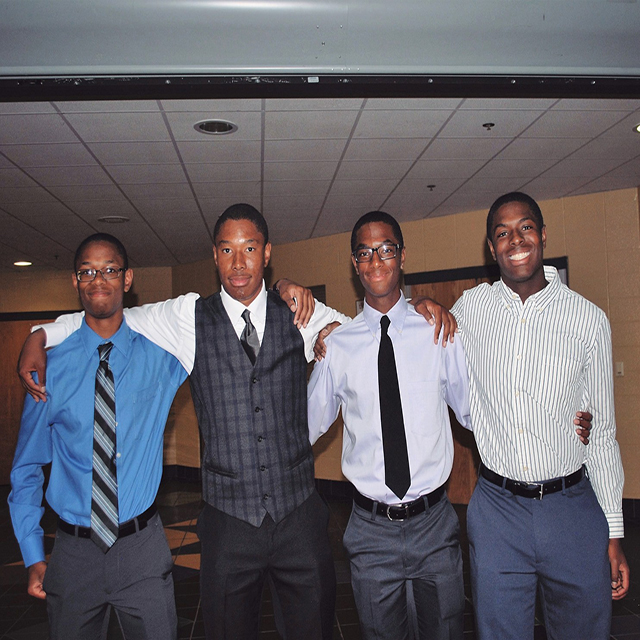 Receiving acceptance letters to college is a nail-biting experience for any teenager. The hopes and dreams of getting into the college or university of their choice, all hinges upon a single correspondence from the admissions office.

Eighteen-year-olds Nigel, Zach, Aaron, and Nick Wade are no different, in a sense, from any of their fellow senior friends. Except in two areas: They are quadruplets and all have gotten in to both Yale and Harvard!

“One by one,” Nick said in a recent interview with The Washington Post. “I found out I had gotten into my schools.”

“We’re still in shock, honestly,” Aaron commented. “I don’t think it has sunk in yet.”

“I just felt blessed at that moment,” Nigel stated, remembering the emotion of receiving their acceptances. “It was an unreal feeling, I guess.”

“Honestly, to have one child from a family be accepted to a school like this is amazing,” Zach said. “But to have all four to be accepted-I just don’t I don’t know how it happened.”

Hailing from Liberty Township, Ohio, Harvard and Yale were not the only impressive list of offers that the Wade quads received. Nick got into Duke, Georgetown, and Stanford. Aaron was also accepted to Stanford as well. Nigel made it into Johns Hopkins and Vanderbilt, and Zach rounded out the list with being accepted into Cornell.

What are the brother’s planning on studying? Well, Nick is looking to international relations, Zach, engineering, and Nigel neuroscience. As for Aaron, he is eyeing computer cognitive sciences.

So far the quads have not decided if they will stick together or strike out on their own for this new chapter in life, but whatever they decide, it will definitely be an amazing adventure for all.