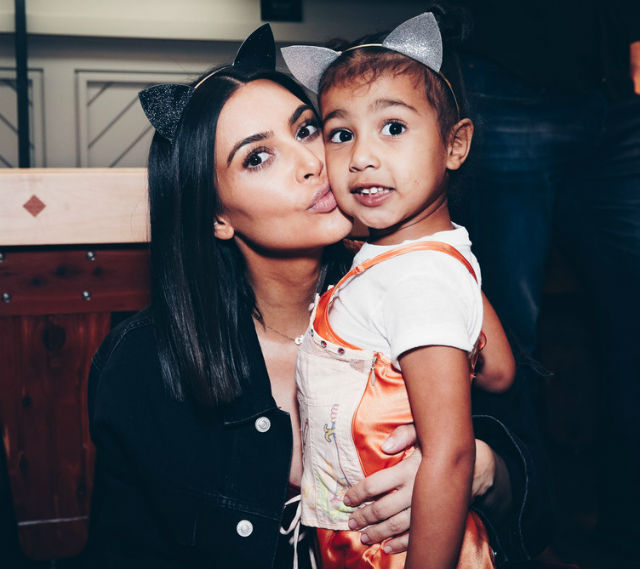 North West and her mom, Kim Kardashian, stopped by Ariana Grande’s “Dangerous Woman” concert at the Forum in Inglewood, California, this past weekend and the toddler enjoyed time spent with the Pop singer to no end.

Kim and North got a backstage pass to the event, which included selfies with Ariana. One candid showed Kim standing over Grande and North while preparing to take a cute picture. Ariana stuck out her tongue while holding North in her arms. “Kim slay,” one fan wrote. “North is a little angel,” another follower commented.

This past weekend was a much-needed break for Kim. The Keeping Up With the Kardashians star recently shared her heartbreak after learning that giving birth to more kids was not a possibility for her. “I’d just love nothing more than to expand my family and just know that I have this world at home that’s safe,” Kim revealed during a recent episode of her show.

“Not only has this been really painful, but now hearing that I can’t carry any more kids, it couldn’t get any worse,” she added.

North West is Kim Kardashian and husband Kanye West’s oldest child. She celebrates her fourth birthday in June. The Wests also have a son named Saint who turns 2-years-old in December.