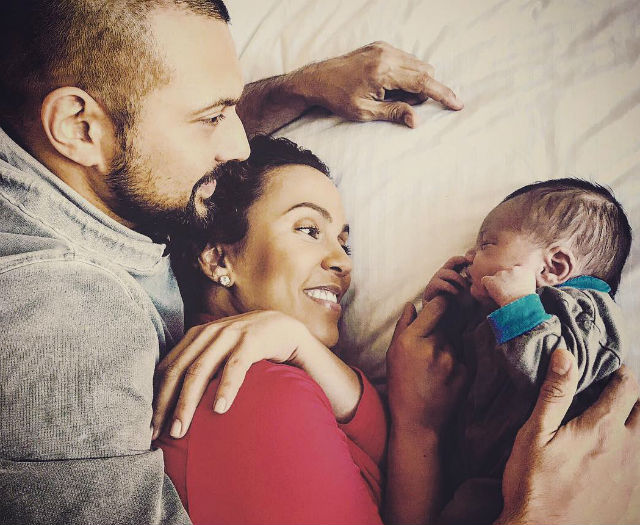 Congratulations to Sean Paul and wife Jodi “Jinx” Stewart Henriques on the birth of their son, Levi Blaze Henriques. Sean took to Instagram to announce his little one’s arrival on Monday.

“An[d] then there were three,” he exclaimed. “Big up mi son the real boss Levi Blaze Henriques an[d] my wife the boss Mommy.” Sean also shared a picture of Levi smiling while looking at his mom and dad. “Congratulations Sean,” one fan wrote. “Too cute,” another commented.

Sean Paul discussed his impending journey down parenthood lane with BBC News last year. “My wife’s been doing a lot of preparation and warning me… but I’ve always been like, ‘Ach, I’ll be a great dad,'” he began. “Then there’s times when I’m talking out loud and I’m realizing that I’m going to have to clean that filthy mouth out!”