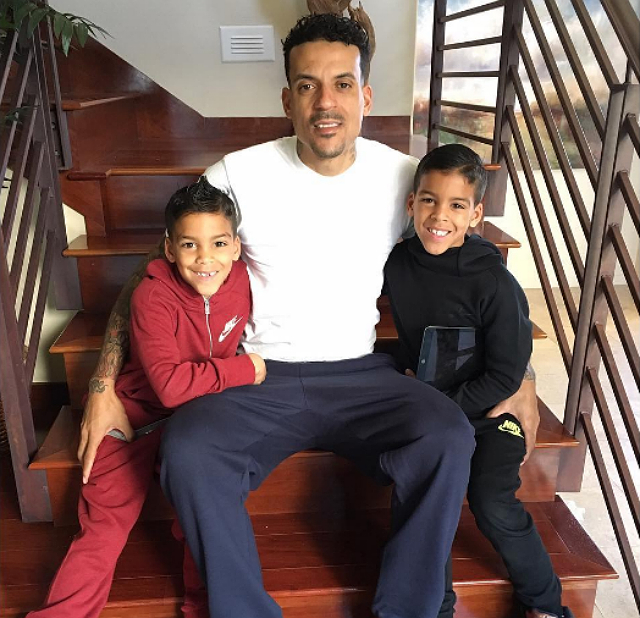 Matt Barnes and Gloria Govan are having a hard time with co-parenting. Matt recently filed court documents in which he asked for a complete overhaul of his custody agreement with Gloria.

“Both sides claim the other parent is impossible to get along with. Barnes says he’s offered to pay for all of the expenses to fly the kids out to him when he’s on the road, but Gloria keeps throwing wrenches in the plans and it makes the kids sad. Gloria says she tries to make plans with Matt but he always makes last-minute requests and it’s hard to get on the same page.”

It was just last December that Matt and Gloria finalized their divorce. Barnes was ordered to double child support payments, which were already $5,000 per month per child, but escaped the clutch of spousal support.

Dinner w my guys!! They said if I post this on IG need to say hashtag bro time ?? Vodka & lemonade, hold the vodka in two! #BroTime #BroTalk

PORSCHE THOMAS: 'BEING A NEW MOM TO TWINS IS THE MOST FULFILLING THING TO ME'