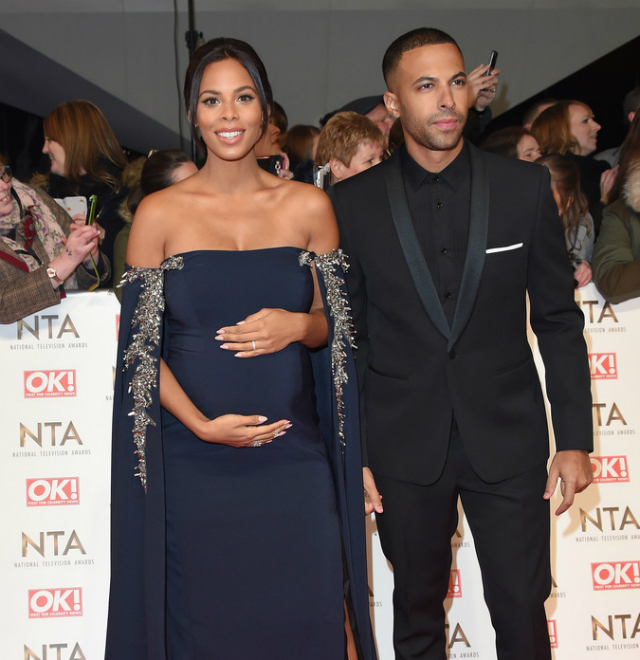 Isn’t she lovely? Rochelle Humes and her husband, Marvin Humes, were in attendance at the National Television Awards in London last month and she had the pregnancy glow.

The television personality wore a beautiful gown that placed her protruding stomach on display. Rochelle cradled her bump in several shots while smiling from ear to ear. 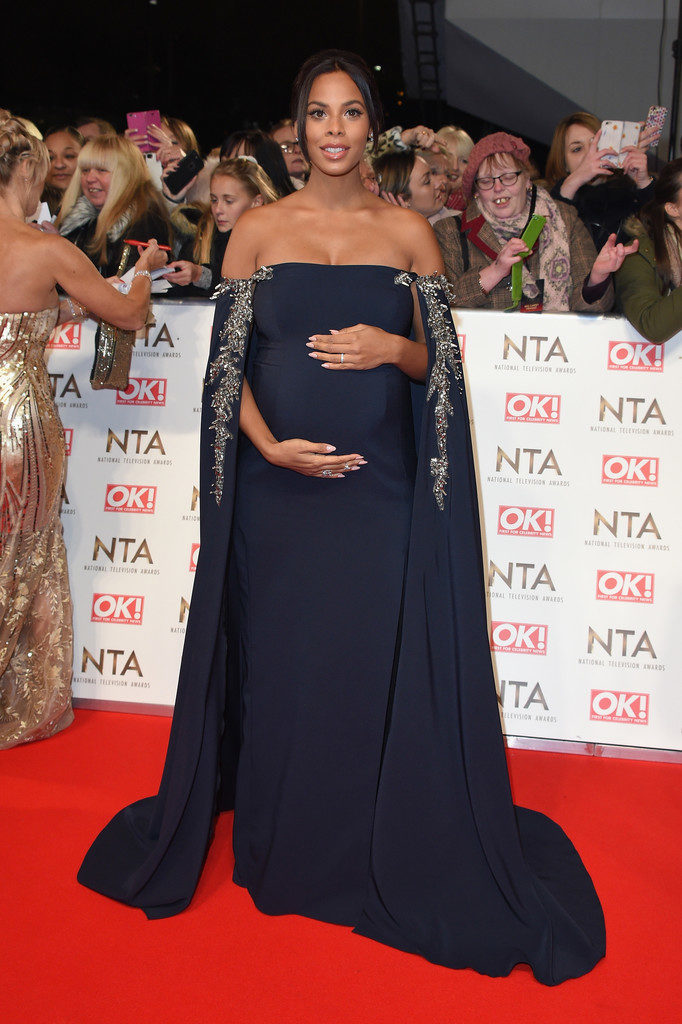 Rochelle and Marvin Humes announced their expectancy last year. “Absolutely delighted to announce that Rochelle and I are extending our family,” Marvin tweeted last November. “We’re over the moon! Baby Humes no2 is on the way.” Rochelle also shared the splendid news of her expectancy by uploading a sonogram of her little one. “And then there were 4,” she captioned.

My maternity range is now live ???Link in bio… @veryuk