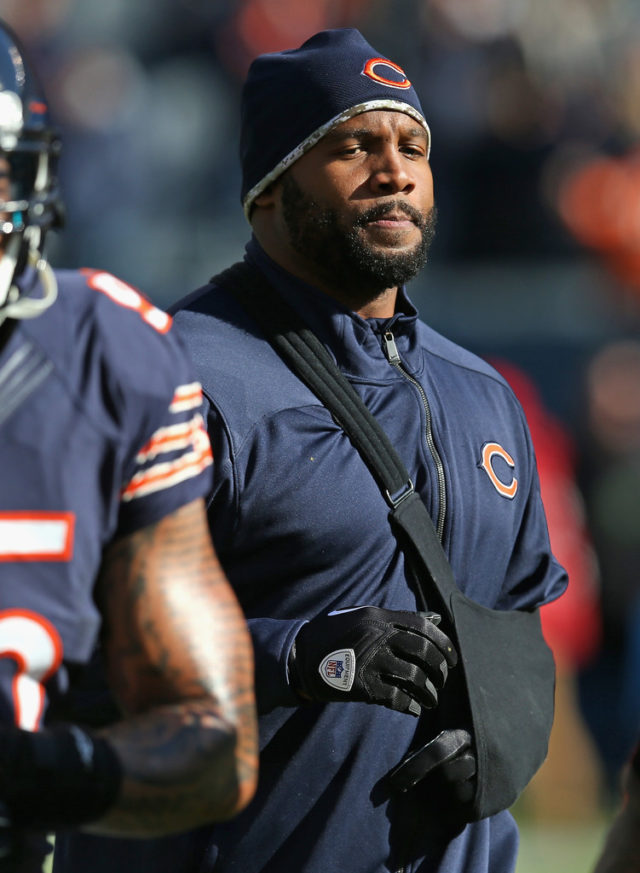 Lance Briggs owes how much in child support? The former NFL star is under fire after falling substantially behind on child support payments to the mother of his daughter.

“Lance Briggs — who made more than $52 MILLION during his NFL career — is accused of stiffing his baby mama to the tune of $37,000 … this according to court docs obtained by TMZ Sports.”

Sabina Chavez, the mother of Lance’s 8-year-old daughter, was awarded monthly payments of $9,100 by the Arizona courts around four months ago. To date, Lance has only paid $8,100 in payments and owes over $37,000 in missed remittances. Sabina is again looking to the courts to compel Lance to fulfill his financial obligations.

Lance Briggs is certainly not new to public controversy. The former NFL star came under fire in 2010 after telling the press that he believed that women reporters shouldn’t be allowed to populate locker rooms after games.

“The locker room is the place where us guys, we dress, we shower, we’re naked, we’re walking around,” he explained. “We’re being bombarded by media sometimes, so a lot of times I’m telling the media [to] wait until I’m dressed in order for me to answer questions. There’s a lot of people around waiting for me to get dressed as I’m drying off.”

HEIRESS HARRIS IS GROWING UP BEFORE OUR EYES

HEIRESS HARRIS IS GROWING UP BEFORE OUR EYES