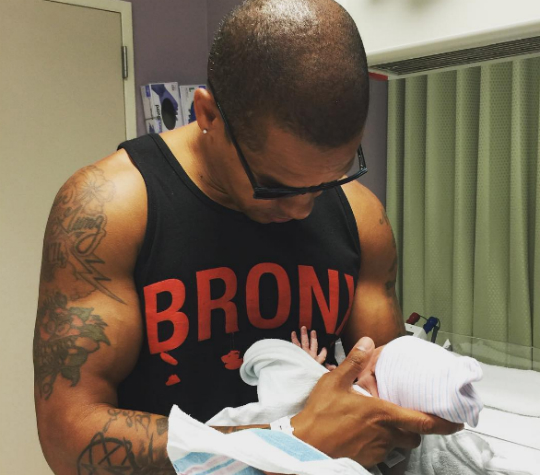 Congratulations to Peter Gunz and Amina Buddafly who welcomed a girl on Tuesday. Little Bronx was born in Hollywood, California, and immediately received the adoration of her father.

“Welcome to Hollywood Queen Bronx,” Peter shared along with a picture of him cuddling his newborn. “I’m in love,” the reality star added.

Amina announced her expectancy with Peter Gunz in March. The reality star later shared her daughter’s name with fans. “[Peter] suggested about seven names because he’s good with name ideas. At first, I looked at all seven names and I didn’t really like none of them, and Bronx especially,” Amina revealed. “I was like, ‘Never.’ But then, after a while, I totally turned around and that was my favorite out of the names. We don’t have a middle name yet but it’s Bronx and it’s a girl.”

Bronx is Amina Buddafly’s second child with Peter Gunz. The little one is Peter’s tenth child.

SAINT WEST'S GIGGLES WILL PUT A SMILE ON YOUR FACE