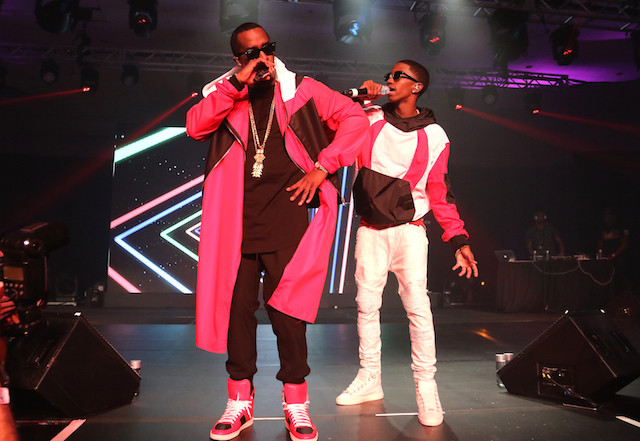 Revolt had a smash hit four-day music conference with founder Sean “Diddy” Combs and his son Christian at the helm. The father-son duo hosted the gathering in Miami Beach last week and didn’t let the celebration end without taking to the stage.

The second annual REVOLT Music Conference returned to the Fontainebleau Hotel in Miami Beach on October 15–18, 2015 for an epic four day star studded weekend lineup of all-star performances by Rick Ross, Dej Loaf, and Lil Kim to name a few.

Perhaps the greatest moment of the celebration was when Sean’s son joined dad onstage. Fans could definitely see the resemblance as Christian, who looks a lot like Diddy, walked the stage and spit rhymes. The teen proved to be a showstopper as many of Diddy’s fans cheered for his son.

The 2015 Revolt Music Conference saw Christian perform onstage with dad on Friday, October 16, 2015. Sean Combs is the proud father of six kids. See more footage from the show below!