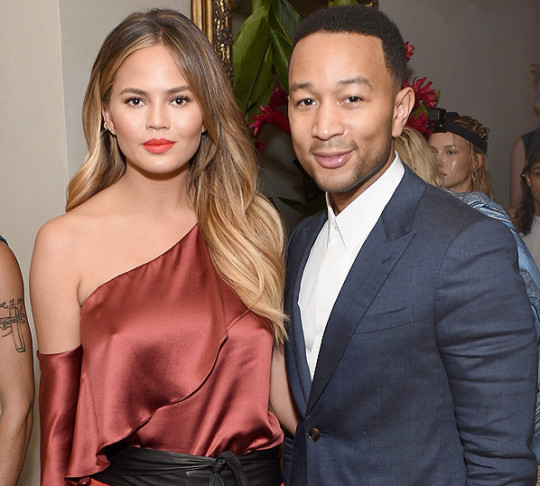 Chrissy Teigen and husband John Legend were two of many celebrities at the CFDA/Vogue Fashion Fund Show that took place on Tuesday, October 20, 2015. Chrissy announced her pregnancy for the second time during a recent taping of FabLife.

Chrissy went on to thank her fellow co-hosts for keeping her announcement a secret. “It’s hard keeping a secret and I gotta thank all of you,” said the star. Teigen even gave a shout out to the sound man “who could hear me throwing up backstage every day.”

Chrissy and John announced their expectancy for the first time a few weeks ago. The fashionista uploaded a picture of her and John laughing, and told fans that she looked forward to stomach touching from strangers that comes along with being pregnant.

Many social media subscribers liked the photo that featured Chrissy and John lounging around. Teigen told FabLife viewers that getting the right appearance in the image was hard work. “I’ll tell you how much staging went behind that — it was a lot,” said the star. “There was a table in the background, I was like, gotta get that table out!”

Chrissy and John Legend are expecting their first child together.