STEVIE WONDER WILL PAY $25K FOR HIS SONS WITH KAI MILLARD 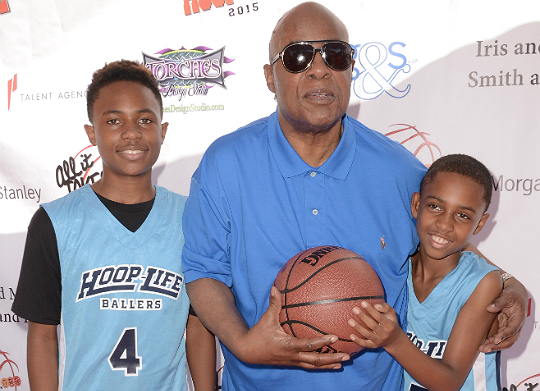 Stevie Wonder must pay up, according to a judge who recently ordered him to give a whopping $25,000 in child support to ex-wife Kai Millard.

“Stevie Wonder is officially divorced from his second wife Kai Millard Morris. Under the settlement, Stevie has agreed to pay $25,000 a month in child support for their 2 kids … ages 14 and 10. Stevie and Kai agreed to joint custody. According to the agreement, Stevie can take the kids on the road when he tours on a limited basis.”

The music legend confirmed his and Kai’s divorce nearly three years ago after more than ten years of marriage to the fashion designer. Stevie and his current girlfriend welcomed a daughter last December, which made the singer a father for the ninth time.