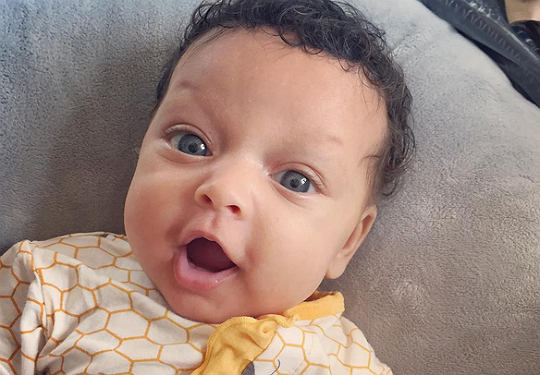 Ryan Curry is Bee-utiful! The tiny tot wore a Kickee Pants Ruffle Coverall in Natural Honeycomb while on a recent excursion with her parents to the Bee Ranchers’ range.

“Harvesting honey w @thebeeranchers today,” exclaimed the little one’s mom. “Ryan is ready! We’re filming the process so be on the lookout for a video on my littlelightsofmine YouTube channel! Thank you @samanthaponder for the adorable onesie!!!”

In addition to Ryan, little Riley was also on the excursion. The 3-year-old was photographed while watching her father put his carving skills to use at the ranch. 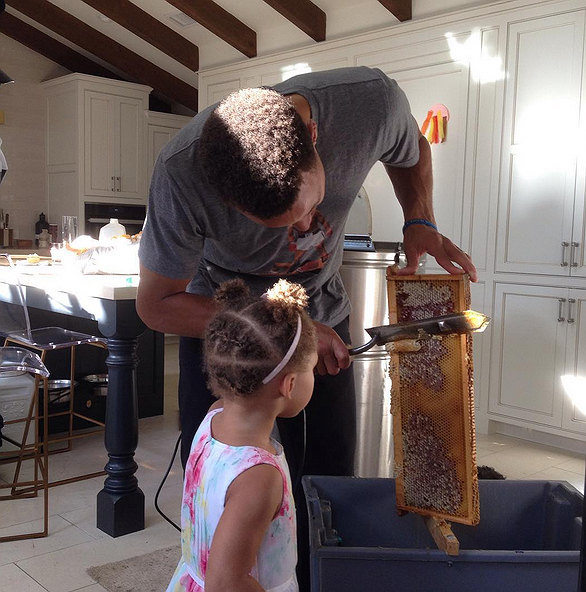 Stephen also uploaded video footage of the family’s honey being harvested by a professional. “Crazy to see Mike Vigo and @thebeeranchers harvesting our honey we’ve been waiting on. 30k-40k bees hopefully producing about 60lbs of honey. And he’s doing it w/ no gloves,” said Curry.

The Golden State Warriors player and his wife have two kids together. Stephen and Ayesha welcomed Ryan in July and celebrated Riley’s third birthday later that month. 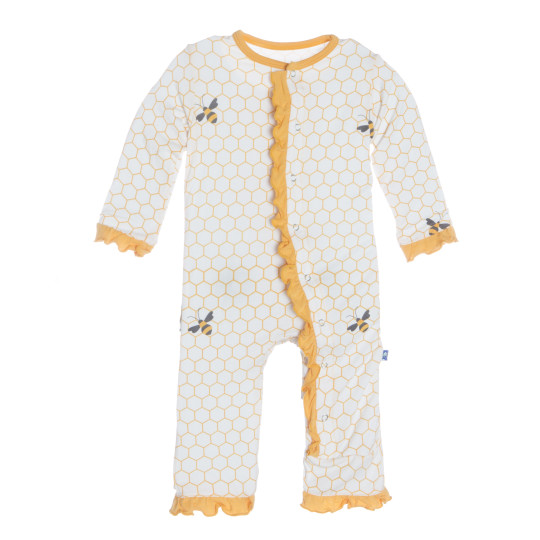 You can purchase Ryan’s onesie for $38.00 at TinyTotsTweens.

STEVIE WONDER WILL PAY $25K FOR HIS SONS WITH KAI MILLARD