Home » NEWS » KELLIE WILLIAMS: ‘A FAMILY THAT READS TOGETHER, ACHIEVES TOGETHER’

KELLIE WILLIAMS: ‘A FAMILY THAT READS TOGETHER, ACHIEVES TOGETHER’ 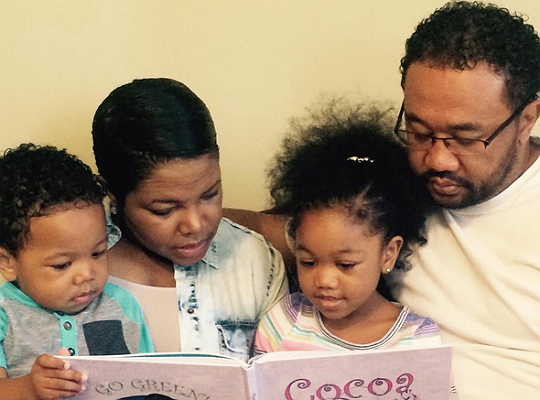 Kellie Williams believes in the power of imagination through reading. The actress recently shared a picture of her and the family getting into a good book. “A family that reads together, achieves together,” captioned Kellie underneath the candid.

Hannah appeared to be the family member who read to everyone else in the photo. The little one had her mom to help her with the hard words while Hannah’s brother, John, held the page for his sister. Hannibal, Kellie’s wife and the kids’ father, also looked on while his daughter read.

Education was a big deal during the Williams’ family showing on Celebrity Wife Swap. CeCe Peniston was ordered by Kellie to give the kids brain stimulating drills that taught them the essentials of Math and English. The Family Matters actress also saw to it that CeCe’s step-daughter cultivated her educational ambitions.

FUTURE ON CO-PARENTING WITH CIARA: 'I WANT TO BE INVOLVED 100 PERCENT'

FUTURE ON CO-PARENTING WITH CIARA: 'I WANT TO BE INVOLVED 100 PERCENT'