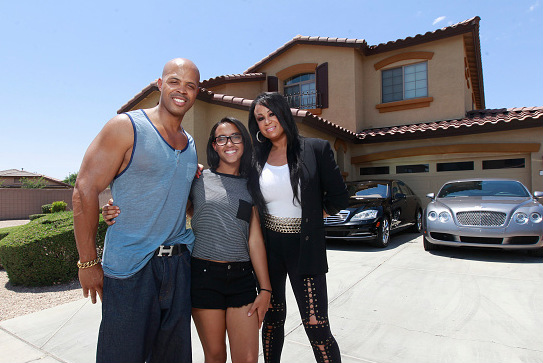 Kellie Williams is one who prides herself on the traditional role of being the supportive wife and stay-at-home mom. The actress’ husband, Hannibal Jackson, is the family’s breadwinner as the owner of a lucrative IT company. Although their living conditions are a bit cramped on the East coast, the Jacksons make due with what they have and strive for goals as a united force.

On the other side of the country, literally, CeCe Peniston is living the dream of glitz and glamour in Arizona. The 90’s sensation travels the country and spends most of her spare time in the gym instead of cooking and cleaning at home. In addition, CeCe has a supportive partner at home in the form of her fiance who rubs her feet and tends to her every need.

The variations between the two families are immediately evident the moment that Kellie and CeCe swap lives. See what happens below. Celebrity Wife Swap airs weekly at 10 p.m. (ET) on ABC.