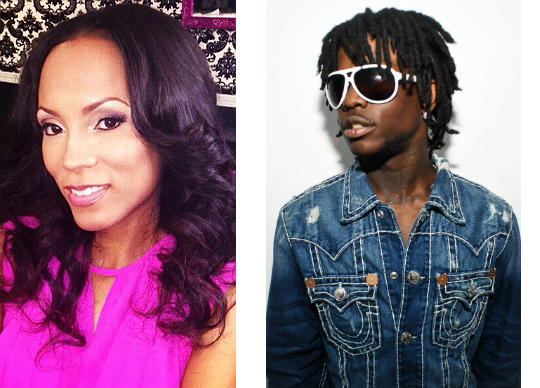 Tamika Fuller is not giving up hope when it comes to her daughter, Cai Bridges. The single mother recently filed for an appeal to a previous court order that awarded primary custody of her daughter to Cai’s father, Ludacris.

“According to docs filed on May 18th in Fulton County, Georgia, Tamika has filed an appeal of the original judge’s order and will be taking the case to the Court of Appeals. She is demanding the appellate court overturn the original decision and award her the custody and child support she believes she deserves.”

Fuller lost custody of Cai earlier this year after a judge determined that Ludacris had better means of caring for the little one. Tamika has since obtained a full time job and raised hundreds on GoFundMe.com to bring her daughter home.

Chief Keef is also experiencing his share of custody woes. According to reports, the rapper “has been hit with ANOTHER lawsuit by a new baby mama – bringing his total to 3 kids before he even turned 20 – and the woman is demanding the rapper pay.”

This is the second time within a twelve-month span that Chief has been sued by one of his children’s mothers. Rashieda Saunders took out a paternity suit against the rapper near the end of of last year. Chief Keef is the proud father of three children.

KIM KARDASHIAN AND HER BALMAIN BEAUTY HEAD TO DANCE CLASS

GALLERY: THE CARTERS LIVE IT UP IN ITALY

GALLERY: THE CARTERS LIVE IT UP IN ITALY