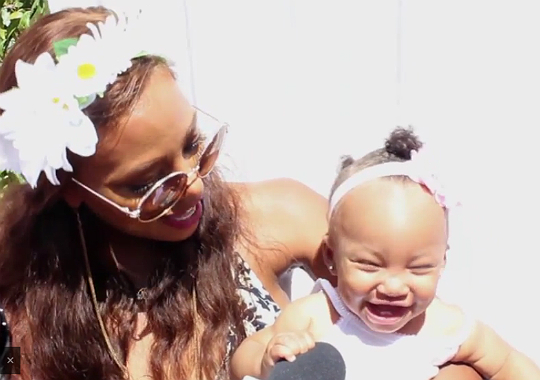 Kevin McCall is raising his white flag in the custody battle over his 11-month-old daughter Marley. The musician tweeted his decision to give up the battle a few days ago.

“See you 2019 my princess,” wrote Kevin. “God got it. I surrender it ALL to Him. It is out of my hands. Father in the name of Jesus I relinquish it ALL to You. bless my children. Life’s not fair,” tweeted the star.

Kevin has experienced much drama with ex-girlfriend Eva Marcille on account of their daughter. Shortly after the ‘America’s Next Top Model’ winner gave birth, she alleged that Kevin chased her around the house and put little Marley’s life in danger. The model obtained temporary custody as a result, and allowed Kevin to spend time with Marley on her schedule.

“It is unfortunate that life has thrown a curve Into Eva’s life,” said Marcille’s representative shortly after news of Kevin’s assault spread. “As a responsible parent and adult she’s taking steps to ensure the safety and well-being of their child and herself.”

Marley is Eva and Kevin’s only child together. She will celebrate her first birthday on January 31, 2015.