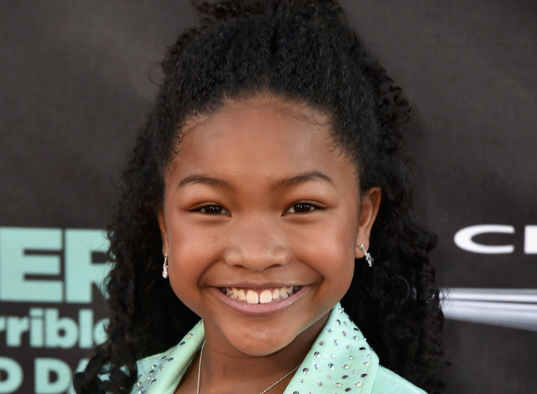 Laya DeLeon Hayes may not be a familiar name…yet, but she might have a familiar face. That’s because since 2013 she has been landing bit roles on big TV shows, from Grey’s Anatomy to Chicago Fire and has even been on Haunted Hathaways. She has also appeared in a number of national commercials. And now, she has landed a role in the 2015 feature film, Sister Code.

The film follows three very different foster sisters who find their bond growing after the death of their mother. It stars Amber Rose,  Eva Marcille, and Drew Sidora and is currently in post-production. Sister Code is set to release sometime next year. In the meantime, catch Laya in the family fun-filled adventure movie, Santa Hunters.

Laya has been singing, dancing, and acting since she was 5. With a stunning smile and a fast-growing resume, it seems it will be just a matter of time before she is a beloved household name.