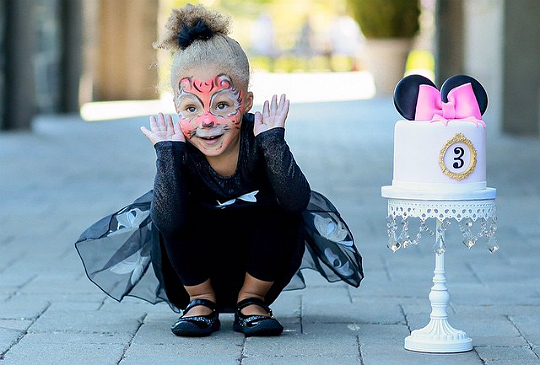 Genevieve Grace Liles is a big sister now! Kevin and Erika Liles welcomed another member to the family on October 23, 2014.

Little Valentina weighed a healthy 8lbs, 14oz, and joined the family at home just two days after making entry into the world. “Welcome home Valentina,” tweeted Erika along with a picture of a stork with balloons that read, “baby girl.”

The joyous news of Valentina’s arrival comes just one month after Genevieve’s third birthday. The little one had a blast on her special day as mom and dad went the extra mile to make it successful. Genevieve had cake, face painting, cake, and other activities for guests. She was definitely the center of attraction as numerous pictures of her were taken during the celebration.

Genevieve is Kevin and Erika’s first child together. Valentina makes the Liles parents for the second time.