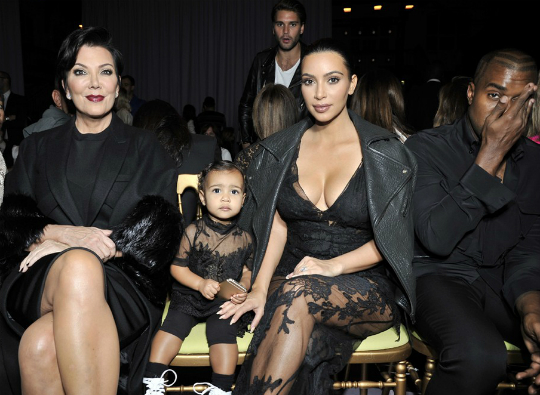 Kanye and his best ladies, Kim and North, attended the Givenchy show as part of the Paris Fashion Week Womenswear Spring/Summer 2015 on Sunday, September 28, 2014 in Paris, France.

Earlier in the week, Kim Kardashian and hubby Kanye West made a last minute decision to bring little North along with them to Paris Fashion Week, making Balenciaga her very first show. The family were all dressed in black.

Apparently, the Givenchy show gave them a second opportunity to go all out. Not only did North have her very own seat this time, she and Kim took the concept of “mommy and me” outfits to a new level. Kim went for the ultimate attention-grabber, a see-through number over a bodysuit that left much of her body revealed through the black floral patterning — and she put North in the same.

Wearing a dress of the same material, North strutted into the show like a fashion vet. Kanye also followed suit in all black again.

At just 15 moths old, it’s no surprise that North was spotted getting a little restless, but the family sat in the front row to get the best view of Auntie Kendall on the runway, which must have been very exciting.

Clearly, the whole Kardashian-Jenner-West clan are taking the responsibility of being Fashion icons very seriously. 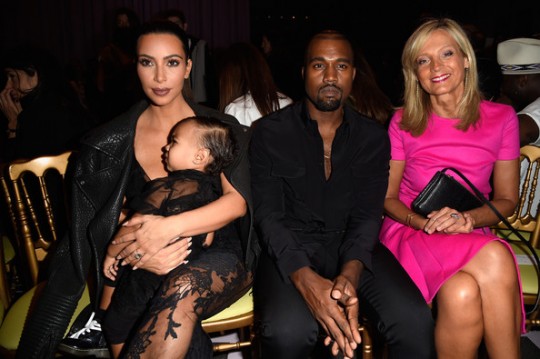 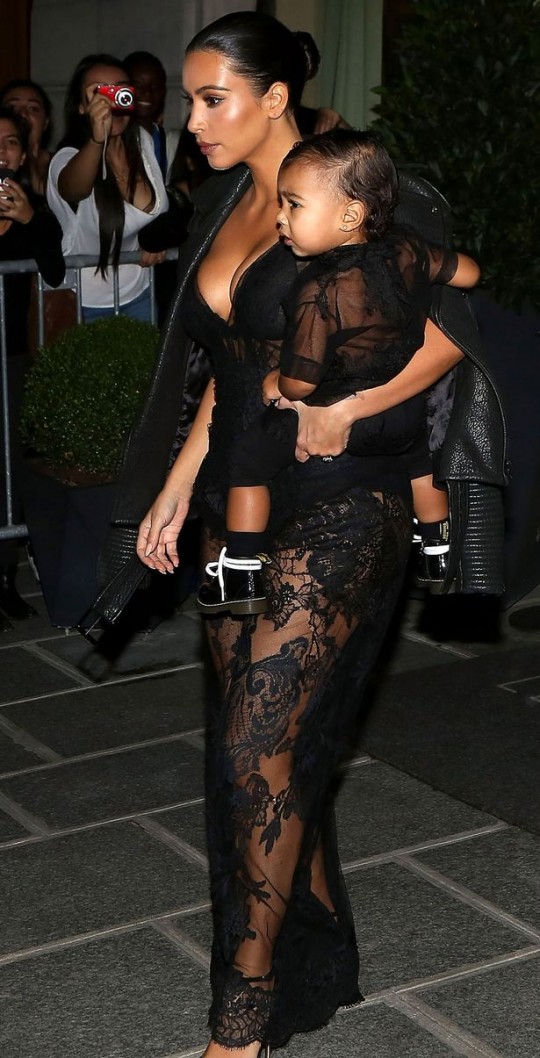