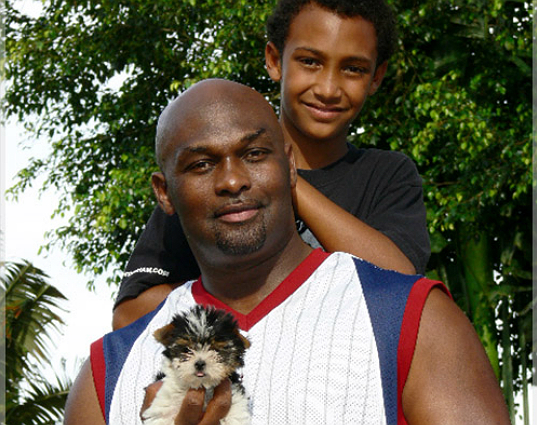 Tommy Ford is known for his comedic side but recent affairs in his life are no laughing matter. ‘The Parkers’ star was reportedly hit with a restraining order and lawsuit from the mother of his 12-years-old son a few days ago.

According to Sandra Rose, Vanessa Simmons claims that Tommy convinced her to move to Georgia from Nevada a while back after promising her that he would leave his wife and be with her. Simmons believed Ford and relocated with the thought of having an exclusive relationship with Tommy in mind. Unfortunately, the mother of Tommy’s son has not seen her goal come to fruition.

Now, Vanessa is requesting the courts place a restraining order against Tommy after a scuffle that involved her and the actor along with his wife ensued. She is also asking the justice system to make the father of her son pay all of her expenses while she remains in Georgia and compliment travel fees that she incurs when returning to Nevada, which she plans to do soon. Vanessa explains that she would pay them herself but experiences panic attacks that prevent her from searching for work. The mother of Ford’s son is also requesting full physical custody of the tween.

This situation is certainly no laughing matter.