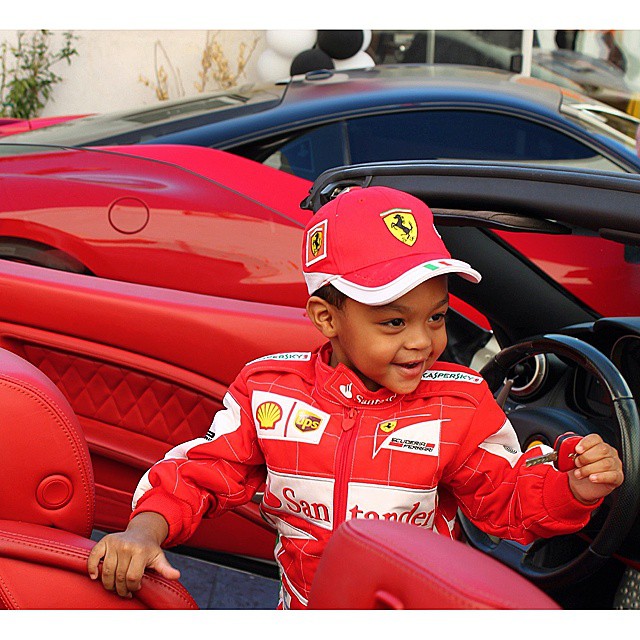 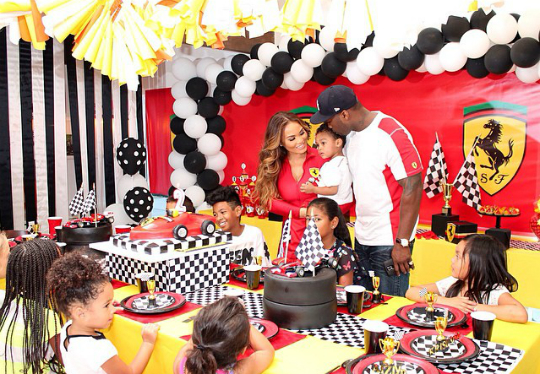 Sire Jackson is stuntin’ like his papa. The little one celebrated his second birthday a few days ago with cake and a Mercedes Benz.

Fifty Cent, real name Curtis Jackson, went all out for his little one with a race car themed party that had lots of goodies. The Ferrari symbol was the center of attraction in the decoration department as black and white balloons along with checkered table cloths served as support for the image. Sire had two cakes, one being shaped like a race car and the other designed like a tire, for kids to enjoy.

Although the cake and decorations were beautiful, the real surprise came to Sire when he went outside to see his mini Mercedes Benz parked in front of dad’s Mercedes truck. The little one took several pictures while sitting in the car and even took it for a spin around the block before the festivities concluded. “He make me look like I’m getting soft,” said Fifty of the hardcore glare his son gave the camera while sitting in his mini ride. The rapper also commented on his son’s decision to go to sleep after the celebration concluded. “It was a big day today for little 50. Lol he’s finished now # partyover,” tweeted the star.

Check out more pictures from Sire’s birthday party below, including photos of Sire’s mom Daphne Joy and the Combs twins.