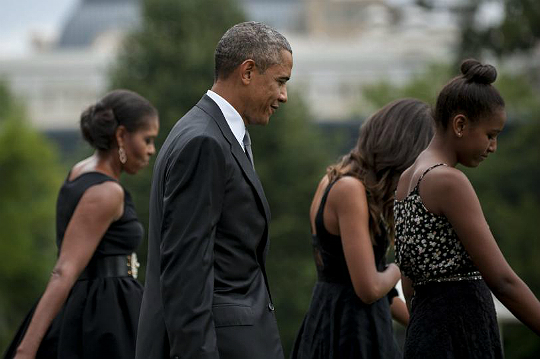 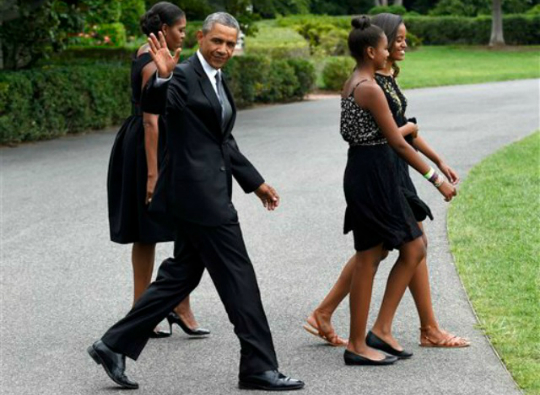 Famous chef Sam Kass got the surprise of a lifetime when he looked up and saw the Obamas seated and attentive at his wedding. That’s right! The president, first lady, and their daughters attended their chef’s wedding this past weekend.

Sam married MSNBC personality Alex Wagner on Saturday at Blue Hill at Stone Barns in Pocantico, New York. The first family was rumored to be set to attend but nothing was confirmed until around 7 p.m., when the presidential motorcade arrived at the venue.

Prior to attending their good friend’s wedding, the Obamas enjoyed a bit of bicycling in Massachusetts. Michelle, Barack, and Malia navigated the bike path at the Manuel F. Correllus State Forrest in in Tisbury while wearing matching helmets and workout gear. Sasha, the youngest member of the family, did not accompany her family on their bike riding adventure but did vacation with them in Massachusetts.

Sam Kass serves as a personal chef to the Obamas as well as the senior policy adviser of food and nutrition to the president. Michelle Obama also utilizes his expertise to direct her ‘Let’s Move’ healthy living initiative.

The Obamas wore black attire to Sam’s wedding. They returned to the White House on Sunday.