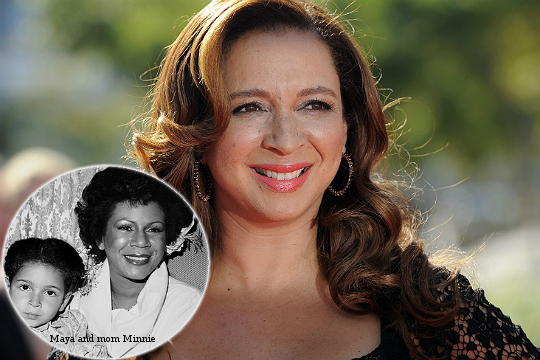 Actress Maya Rudolph and her long-time partner, Paul Thomas Anderson, have finally filed their youngest child’s birth certificate. Just making the state deadline, the certificate has been registered only days before the child’s first birthday.

Her name? Minnie Ida Anderson. The name belongs to Maya’s late mother, singer Minnie Riperton who died of breast cancer when Maya was just shy of 7 years old. The singer was most famous for her song “Lovin’ You,” and as one of the first celebrities to speak openly about her struggle with breast cancer.

In 2009, Maya starred in Away We Go. The film followed her character throughout her first pregnancy, as she struggled with coming to terms with becoming a mother, and not having one. In an interview, the comedienne explained working on the film, “feels like I’m getting to show more of myself”.

Maya and Paul have four children together, Pearl (9), Lucille (5), Jack (3), and Minnie (11 months). The former SNL star has said, “Before I had children, everything about my life was devoted to Saturday Night Live.” She explained, “It’s really difficult to be there for anyone else in your life when you’re doing the show because of the hours it demands.”

Still, having children has not slowed down her career in the least. She has starred in the smash-comedies Bridesmaids and Grown-Ups and has taken to T.V. on the one season run of Up All Night. She also has four upcoming projects on the go.