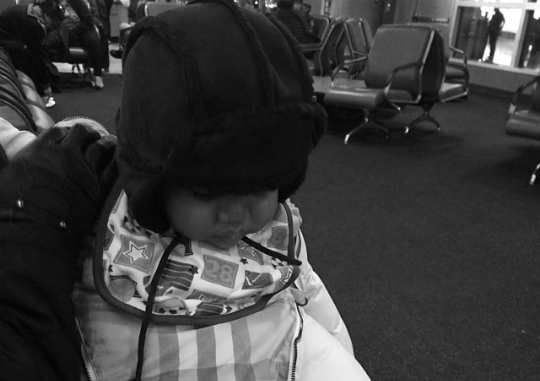 It seems that Logan won’t do anything for his mom these days. Tamar Braxton shares with media that her son refuses to crawl and doesn’t fancy her singing.

“He won’t crawl, but he’ll stand all by himself,” says Braxton. “I’m ready for him to crawl so I can have him crawl around the bed and pick him up and do all that cutesy stuff, but he refuses. He’s very insubordinate — just like his dad.”

In addition to being insubordinate, Logan is also a critic of Tamar’s vocals. “He doesn’t [care for] singing that much,” explains the star. “When I was pregnant with him, I recorded my album and he used to ball up real hard. And he does the same thing — just stares at me, like, ‘What are you doing?'”

While crawling for mom is off limits and her singing doesn’t make him smile, Logan still cooperates with mom by giving Tamar silence during the night so she can sleep well. “He’ll go to bed at 10 and wake up at 8 or 9. Nothing like his mama — not dramatic at all.”

Logan is Tamar and husband Vincent Herbert’s first child together. He will celebrate his first birthday later this year.

LIL' KIM IS 'EXCITED' TO BECOME A MOM!