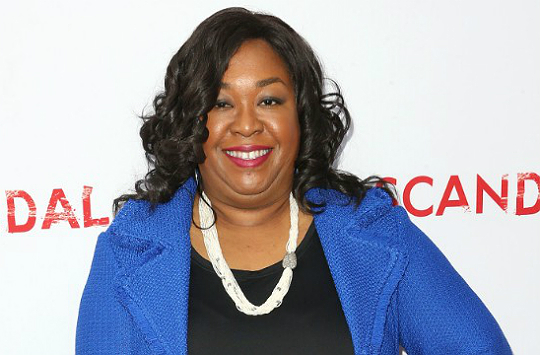 Shonda Rhimes has two shows and three kids. That’s right! The ‘Grey’s Anatomy’ and ‘Scandal’ creator welcomed her third child into the world a few days ago. The screenwriter shared her excitement with social media fans tweeting, “Been AWOL from Twitter. I totally have a good reason: TINY HUMAN #3 is here and she’s perfect! Babies are good. Life is good. #2shows3kids.”

Rhimes previously told media that adoption was her plan for building a family. “I’ve never wanted to be pregnant, never suffered through the infertility that devastates some of my friends. Since I was 9 years old, I’ve been telling people that when I have children, I will adopt,” explained the star. “As I got older, the idea matured too. It took shape and form and became real. Adoption was how I was going to become a mother. Adoption would build my family.”

In addition to the newest member of the family, Shonda also has two daughters, Harper and Emerson, adopted in June 2002 and February 2012.

IDRIS ELBA TALKS ABOUT FATHERING A CHILD THAT WASN'T HIS

IDRIS ELBA TALKS ABOUT FATHERING A CHILD THAT WASN'T HIS