Home » NEWS » T.I. AND ZONNIQUE AT THE BASKETBALL GAME

T.I. AND ZONNIQUE AT THE BASKETBALL GAME 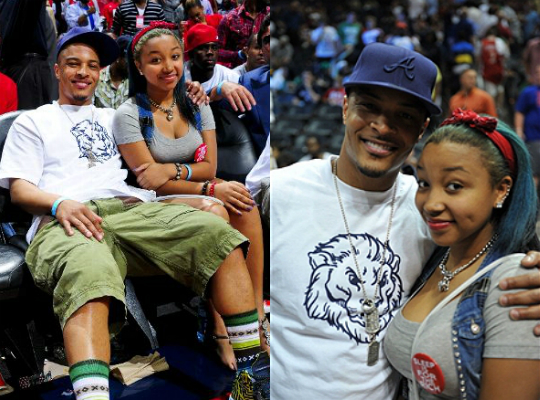 Rapper T.I. and daughter Zonnique Pullins took in Game Two of the Eastern Conference Quarterfinals in the 2012 NBA Playoffs between the Atlanta Hawks and the Boston Celtics at Philips Arena. The game took place on May 1, 2012 in Atlanta, Georgia, attracting many natives including The Dream and Kwanza Hall.

Several artists from the entertainment industry celebrated Zonnique’s sweet 16 birthday earlier this year(March 24, 2012). Singer Rihanna could not attend but sent Zonnique a text message of well wishes. Pullins received a Porsche along with several other gifts from family and friends.

GARCELLE BEAUVAIS AND HER EVENT PALS

GARCELLE BEAUVAIS AND HER EVENT PALS