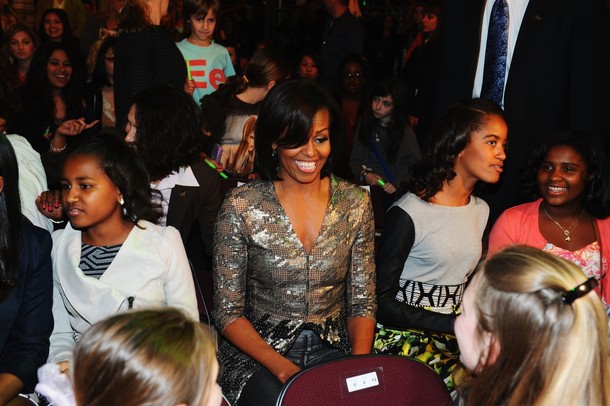 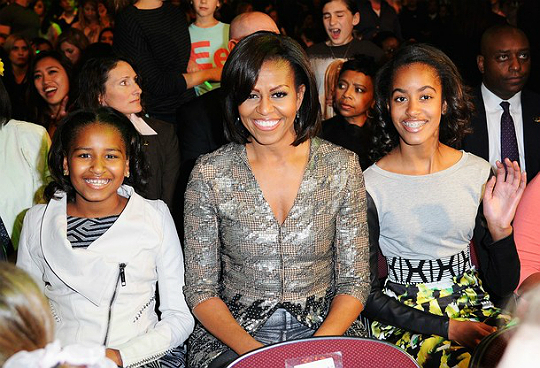 During the show, Mrs. Obama presented “The Big Help Award” to country pop star Taylor Swift for Swift’s work in raising nearly $1 million for tornado and flood victims in the Southeast.

“Taylor Swift may be in the news for the award-winning songs and multi-platinum records, but every step of the way she has always made it a point to give back. She’s supported children’s charities, she’s worked to combat bullying, and given over tens of thousands of books to schools and libraries all around the country. She’s given so much of her own money to victims of floods and natural disasters here in the U.S. and around the world. And last year, after deadly tornadoes hit the south, Taylor knew she had to do something about it. So she opened up her last dress rehearsal before she went on tour and gave all the proceeds to tornado victims,” the first lady said during her presentation.

Mrs. Obama won the same award two years ago for her work with Let’s Move, her campaign to fight childhood obesity.