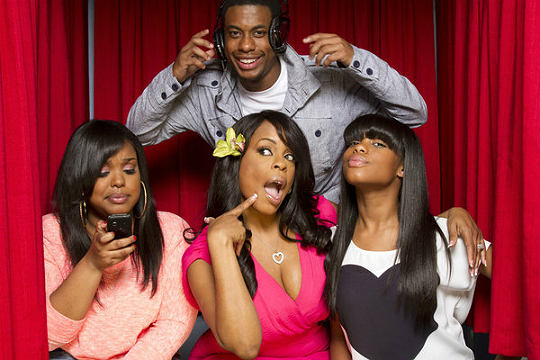 Niecy Nash-Tucker’s new reality show featuring her family is set to premiere on Sunday, March 25, 2012 via the TLC network and the family is excited about the new project. Niecy and husband Jay Tucker recently discussed the show with  The Hollywood Reporter saying,  “We had the wedding special and then after that, TLC was like ‘America loved you, we would like to keep the party going. Honestly, our first reaction was, ‘Why? What?’ I mean, we thought it was over.” According to Jay the wedding special was a “Mission accomplished.”

Although the couple hadn’t planned to showcase their blended family on television, TLC asked them to do a reality show. As Niecy explains, “They were like, ‘Your family is so special,’ and we had never even thought about bringing our lives and opening up the door, but it was very important to us that they understand, we’re not sensational. We just make love, money and laughter.” The comedian continues, “Here’s what’s really going on in my life. Here’s something that I’m going to do. Maybe, I’ll delay it and wait for you to catch up, or maybe I’m going to go and you tell me if you’re coming. But, what I would do is present an open slate and say, ‘This is my life, this is what the kids got going, this is what my husband’s got going, this is what I’ve got going. You’re welcome to shoot this.'”

Jay also gave his reasoning for doing the show saying, “Part of it is was just supporting my wife. And letting everybody know what we’re trying to do and just sharing. We think we’ve got a great thing going. We feel we’ve got a strong foundation. We want to let the world in on something good.”

Check out another sneak peak preview of Leave it to Niecy here!