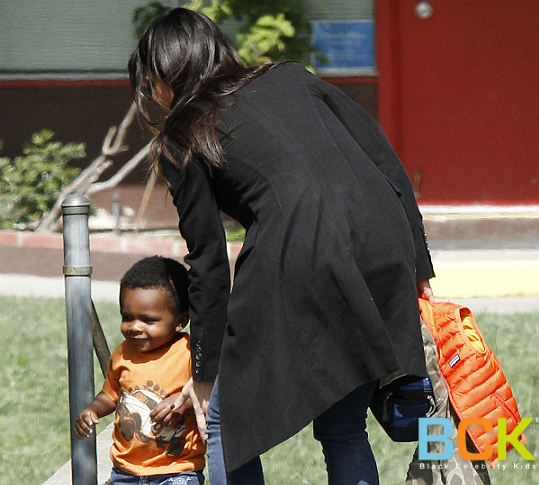 Actress Sandra Bullock was spotted picking up her son Louis from school in Los Angeles, California on March 15, 2012. Sandra kept her back to the cameras as she watched her son climb the stairs on his own. Contrary to recent rumors, Sandra is not adopting another child anytime soon. A rep tells Usweekly, “She has no plans to adopt at this time.” 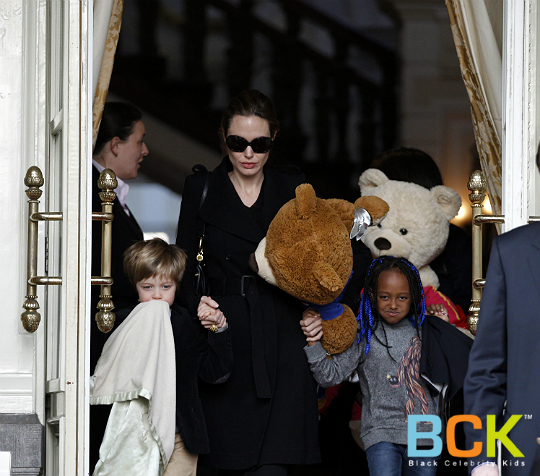 Zahara Jolie-Pitt,7, was photographed at LAX airport with her mom Angelina Jolie and her sister Shiloh,5, Pitt. According to a bystander, “The three of them arrived at Los Angeles Airport surrounded by security guards who walked them to their waiting limousine. Angelina, who had her Louis Vuitton handbag carried for her, then had to help push the giant white and pink teddy bear into the car. Five year old Shiloh also showed off her scruffy hair that was stuck up at the back. Angelina then showed off her toned legs as she struggled to hop into the big SUV herself. She had just returned from Amsterdam.” 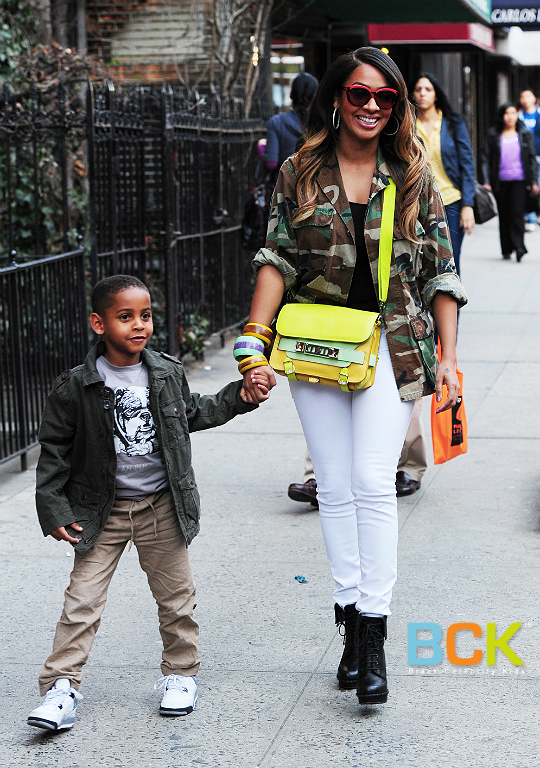 Lala and her son Kiyan Anthony were spotted walking to Serendipity in NYC. Kiyan celebrated his fifth birthday on March 7th.

Check out more pictures of the families below!