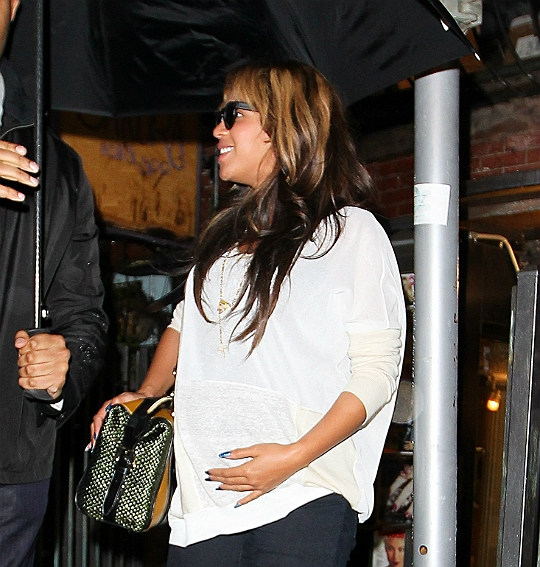 It’s a girl for power couple Beyonce Knowles and Jay-Z.  The couple welcomed their first child together on January 7th, 2012*.  The singer and her husband named their daughter  Blue Ivy Carter, reports Eonline.

Beyonce checked into Lenox Hospital in NYC on Friday night; the baby arrived via scheduled C-section. Beyonce announced her pregnancy at the MTV Music Video Awards in August 2011. It was speculated that Beyonce and Jay-Z’s new addition would not arrive until February, but the bundle of joy has finally arrived!

Stay tuned for more information!
* Some reports claim that the baby was born on January 8th.

TAMI ROMAN: "I AM VERY PROUD OF THE WAY MY KIDS TURNED OUT"

TAMI ROMAN: "I AM VERY PROUD OF THE WAY MY KIDS TURNED OUT"