Home » NEWS » TAMI ROMAN: “I AM VERY PROUD OF THE WAY MY KIDS TURNED OUT”

TAMI ROMAN: “I AM VERY PROUD OF THE WAY MY KIDS TURNED OUT” 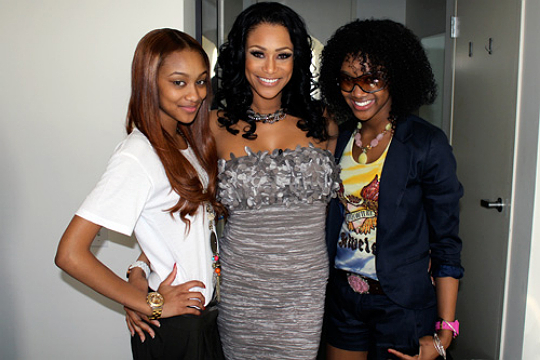 Tami Roman is an actress and mother of daughters Lyric,17, and Jazz,15. The Basketball Wives star recently sat down with Sister2Sister Magazine to discuss motherhood and her acting career.

“People will see a lot if interaction between me and Evelyn this season. It’s sheer comedy! Although, I’m always going to be cool with Royce [Reed]. They [the producers] are giving you a little more of our personal lives. Royce is doing theater, Evelyn is preparing for her wedding and I am working on several ventures-helping my daughters with their music and I plan on launching my hairline on the show.”

On reality television and parenting.

“I don’t view reality TV as anything but entertainment. Certainly, I don’t use it as a teaching tool for my children, so it is never used as a frame of reference. My daughters have been raised to the best of my ability. I have beautiful, articulate, bilingual honor roll students. I am very proud of the way my kids turned out. Now to be clear, I don’t condone violence and am not proud that I’ve gotten physical with some of the ladies on “Basketball Wives.” However, I do teach my daughters to stand up for themselves and if someone gets physical with them…well, my girl Chanita Foster said it best…”You are Christian, not a punk!”

“It’s coming along. I am actually doing more producing than acting right now though. My short filmThe Tombs just got a Black Reel Award nomination and has played in some of the top film festivals. I am gearing up to produce another short film and a feature that I plan on shooting in Haiti called The Promise Keeper. There is also talk of me having my own show in some capacity-either as a host or a reality show following me and my daughters, as they pursue their musical aspirations. Although, I’m taking all calls from Tyler Perry, Lee Daniels or Dick Wolfe. LOL. I need to be Madea’s crazy cousin or something.”