Home » Exclusives » BCK EXCLUSIVE: ONE ON ONE WITH JACOB LATIMORE

BCK EXCLUSIVE: ONE ON ONE WITH JACOB LATIMORE 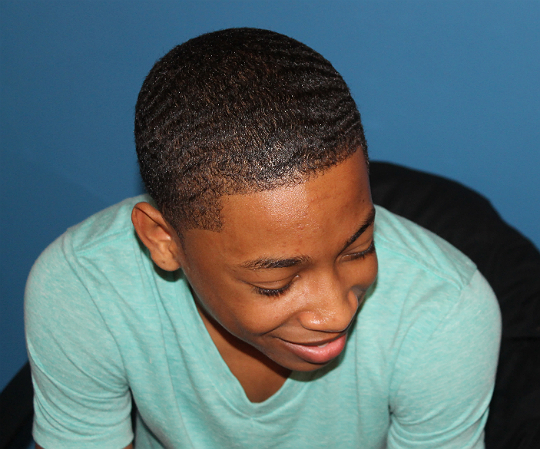 The video to his hit single “Nothing On Me” has already garnered over 2 million views on Youtube and that’s just the beginning for 15-year-old star Jacob Latimore. In an interview with Blackcelebkids.com, the triple threat talks about his music, his inspirations, and much more.

Singing has always been a big part of Jacob Latimore’s life. The rising star grew up listening to his father and uncles-The Latimore Brothers- and at the age of nine years old, Jacob decided the he wanted to follow in their footsteps to pursue a career in music.  In 2010, the singing sensation was signed to Jive records; and in 2011, he released his first single “Like Em All” featuring reality star and rapper, Diggy Simmons. The single was a huge success and opened doors for his second love-acting.

In early 2011, the star was featured in film Vanishing on 7th Street starring Hayden Christensen and Thandie Newton. He will soon be guest starring on the new BET series Reed Between The Lines.

When Blackcelebkids.com met up with the young star(at the 106&Park studios on August 17th), it was clear that not only is Jacob a talented young man, but he is also grounded-thanks to his parents.

On his current projects: I am just working on my album right now. I’ll be doing stuff on the acting side, too. I’m guest appearing on a show called Reed Between The Lines with Tracee Ellis Ross and Malcolm Jamal Warner.

On whether he prefers singing over acting: Singing is my first love, but i still want to do acting. I love acting, too.

On his musical influences: My influences are Michael Jackson, Frankie Lymon, and the Temptations. My dad and my uncle inspire me a lot. I really like Mario,too.

On how he started in the business: Singing has always been in my family. My dad and my uncles sing and it’s something i grew up around…. I started taking singing seriously at nine years old.

Jacob’s debut album will be released later this year. Check out video “Nothing On Me” below!