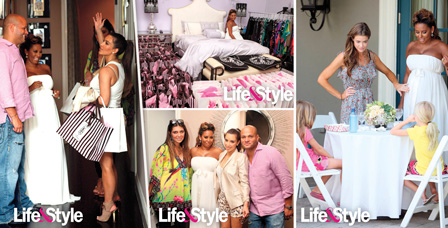 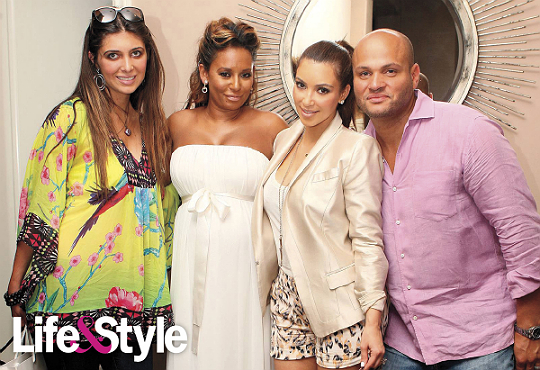 Melanie Brown and husband Stephen Belafonte celebrated the impending birth of their first child together with a baby shower on July 31st, 2011. The event was attended by many famous faces, including Kim Kardashian, Denise Richards and her daughters, Brittny Gastineau, Kendra Wilkinson’s husband, Hank Baskett, and the couple’s son, Hank Jr., Dancing With the Stars Cheryl Burke, and more. 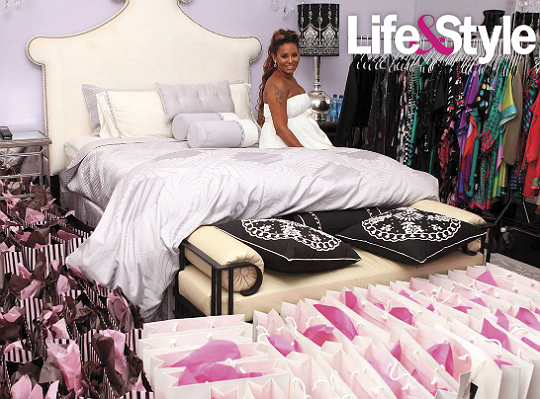 “I just wanted to get all my closest friends together for one big party,” the pregnant star tells Life&Style.com. “There was a bar set up for the adults, and we had a bouncy house in the back for the kids to play in. Nobody wanted to leave!”

“We can’t wait,” Mel adds of the impending delivery. “Stephen is great with kids — he has a 7-year-old from a previous relationship, and he’s also a stepfather to my two daughters. He’s the best with kids, so he’ll be a great father.”

For more exclusive photos and details from Mel B’s baby shower, pick up the upcoming issue of Life & Style, on newsstands Wednesday in New York and nationwide on Friday.

Check out more at Life&Style.com

TIA MOWRY: 'I'M SO OBSESSED AND INVOLVED WITH MY SON'

TIA MOWRY: 'I'M SO OBSESSED AND INVOLVED WITH MY SON'