HOLLY ROBINSON PEETE AND HER SIDEKICK 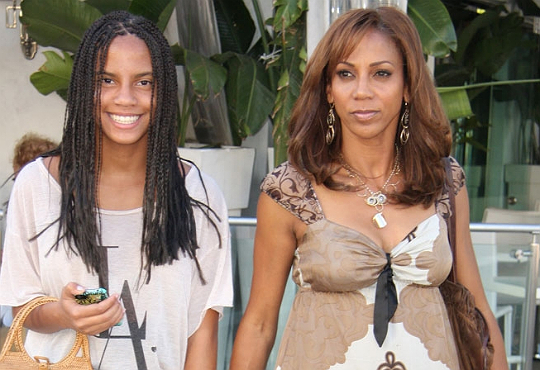 Cassidy Dill of Haute Living writes, “The actress and wife to former NFL pro Rodney Peete is mother to four children and president of HollyRod foundation, an organization in support of families living with autism and Parkinson’s Disease. Yesterday [Haute Living] [was] invited to attend a celebrity luncheon hosted by Michael’s, the craft store, at Fig and Olive restaurant on Melrose. Michael’s has made contributions to HollyRod and wants to encourage parents in LA to take advantage of, ‘The Knack‘, free family crafting events for kids and their parents. Now parents can go right to the Michael’s site and find nifty art project videos to try with their kids. Holly’s daughter Ryan was there to explain the contents of my Michael’s goody bag; items she and her mother use often.”

RON ARTEST AND HIS LITTLE ALLSTAR

RON ARTEST AND HIS LITTLE ALLSTAR