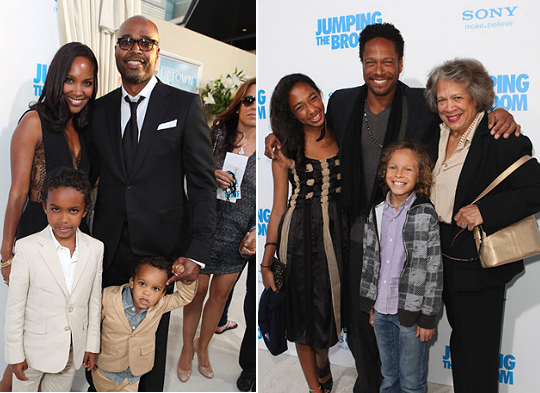 Director Akil Salim(L) brought along his family to the film premiere of his movie “Jumping The Broom” on May 4, 2011 in Hollywood, California. In attendance were his wife, producer Mara Brock-Akil, and their sons Yasin and Nasir.

Also on the red carpet was actor Gary Dourdan(R), who was accompanied by daughter Nyla, son Lyric, and mother Sandy to the premiere.