JENNIFER HUDSON’S SON IS A FAN 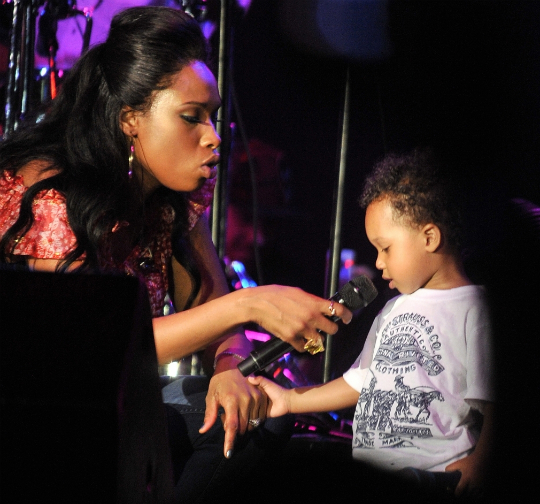 Jennifer Hudson’s sophomore album ‘I Remember Me’ is already a hit with her fans and her son David Otunga Jr.

She adds, “When I was on tour I was pregnant with him and I guess he could hear me singing then, so he knows when he hears his mummy’s voice. I sing to him at night, that’s one way to calm him down or entertain him through music. He sings back to me too.”

Last week, Jennifer was joined onstage by her 20-month-old son as she performed her new hit single “Where You At” in Barbados.  Though Jennifer gave a stellar performance, David Jr. stole the show as he danced and cooed in his own microphone. VIDEO: Click here to see David Jr. on stage with his mom

Jennifer’s album “I Remember Me” is now in stores.

THE HALE BROTHERS WANT TO FOLLOW IN THEIR DAD'S FOOTSTEPS

THE HALE BROTHERS WANT TO FOLLOW IN THEIR DAD'S FOOTSTEPS