HALLE BERRY DROPS OUT OF BROADWAY PLAY DUE TO CUSTODY BATTLE 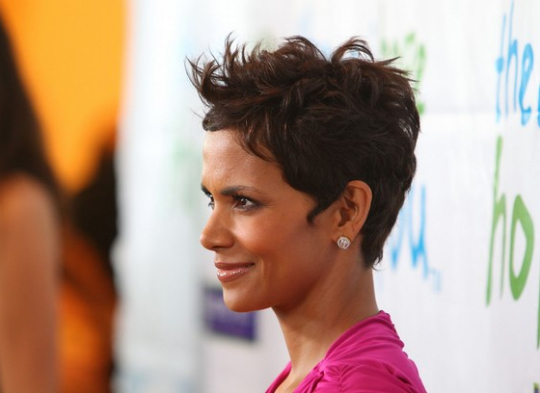 Halle Berry was all smiles as she walked the red carpet during the Silver Rose Awards Gala this past weekend.

The Oscar-winning actress was honored at the event, which is a “fundraiser that supports efforts in continuing to provide critical programs and services for families affected by domestic violence. The event highlighted the progress Jenesse Center has made in changing the lives of women and children for 28 years.”

PHOTOS:Click here for pictures from the Silver Rose event

Ms Berry’s appearance at the gala comes on the heels of an announcement that she will not be making her Broadway debut in play “The Mountaintop” this September due to “custody issues”.

Halle has been in an ongoing custody battle with her ex-boyfriend, model Gabriel Aubry, with whom she has 3-year-old daughter, Nahla.

Berry is currently dating actor Olivier Martinez, who accompanied her to the Silver Rose Gala.

CHRISTINA MILIAN AND HER VIOLET 'ROSE'

CHRISTINA MILIAN AND HER VIOLET 'ROSE'