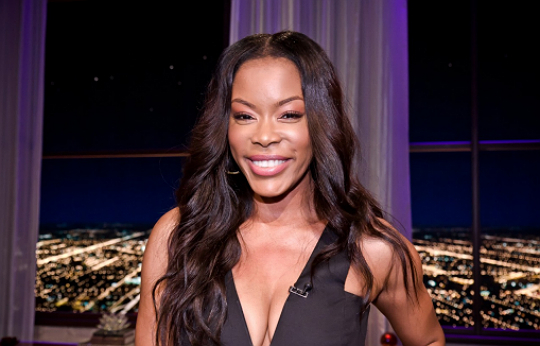 Golden Brooks has that special motherhood glow! The actress recently appeared on the Mo’nique show to talk about her new film and the joys of raising her one-year-old daughter Dakota. For those wondering if Bobby Brown is really expecting a sixth child, click over for the answer in today’s “A Celebrity Baby Blog Party”.

Bobby Brown and Alicia are not expecting. Sister2Sister apologizes for it’s error [S2Smagazine]

Mariah may give birth this weekend [Babyrazzi]

Are you not enjoying motherhood like this lady? [BMK]