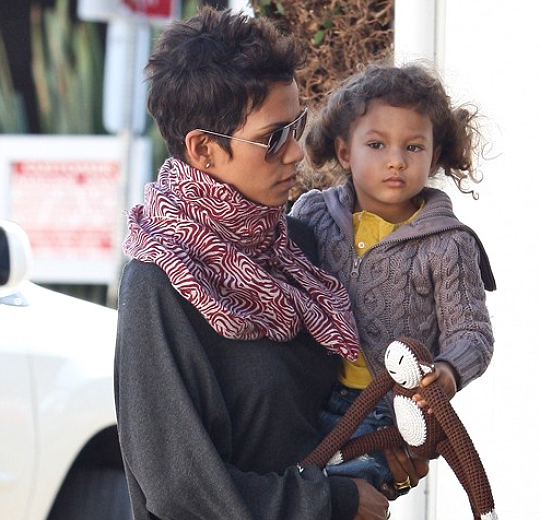 Halle Berry is set to take her ex Gabriel Aubry to court to fight for custody of their soon-to-be three year old daughter Nahla.  The Oscar winner has even pulled out of film, New Year’s Eve, so that she can act “in her daughter’s best interest.”

“Halle Berry was forced to pull out of a film production in New York this week due to pending custody litigation involving her daughter,” her rep explains. “She has attempted to resolve these custody issues amicably with her daughter’s father, Gabriel Aubry, directly, but given his lack of cooperation, Halle has no choice but to seek swift judicial intervention.”

So what brought on the custody battle?

“Halle has serious concerns for her daughter’s well-being while in the care of her father for any extended period of time and is prepared to take all necessary steps to protect her,” her rep says.

Adds Berry’s rep,  “Halle has always made the needs and safety of her daughter her first priority and, both while Halle and Gabriel were a couple and since their break-up, Halle has only acted in her daughter’s best interest.”

On December 3oth, 2010, Gabriel Aubry filed papers asking a judge to formally recognize him as Nahla’s father and to establish shared custody.

TIA MOWRY TALKS PREGNANCY, NAMING HER BABY, AND MUCH MORE

WHAT'S NEXT FOR TREY SMITH?

WHAT'S NEXT FOR TREY SMITH?