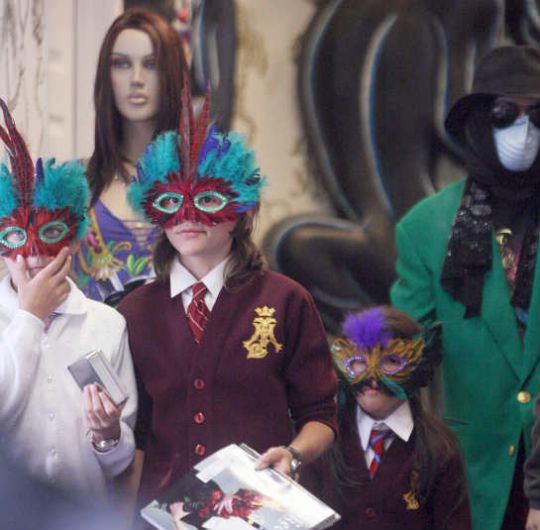 “You all lived, from what I can gather, a very sheltered, literally veiled life,” Oprah said on Monday in a pre-taped interview with the late Michael Jackson’s three kids. “Did you know at the time why you were putting on the mask?”

Prince Jackson, Michael’s oldest child, answered, “Because then if we went out without our dad, nobody would really recognize us.”

“Did you appreciate being behind the veil or mask at the time?” Oprah continued

“I appreciated it,” Paris said. Although Paris may have appreciated it, her grandmother, Katherine Jackson, who was present for the interview, did not appreciate her grandchildren wearing masks in public.

“I didn’t approve of that, but I didn’t say anything to him[Michael] about it,” Katherine says. “Then, their biological mother told me it was her idea [to cover them up], not Michael’s.”

Watch the video below to hear Paris,12, Prince,13, and Blanket,8, talk about their fond memories of their dad: