Home » NEWS » MASHONDA OPENS UP ABOUT ALICIA KEYS, ON LOSING HER FIRST CHILD AND MUCH MORE!

MASHONDA OPENS UP ABOUT ALICIA KEYS, ON LOSING HER FIRST CHILD AND MUCH MORE! 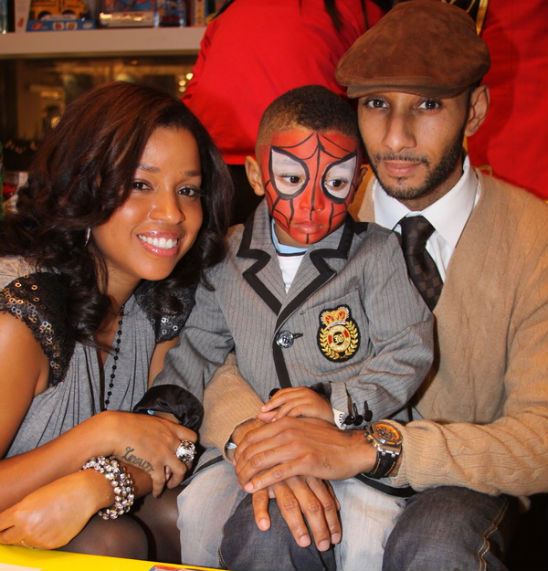 “Even now with Alicia’s pregnancy, I believe she deserves privacy. I hate hearing people wish bad stuff on her and the baby. This is a child, an actual life.”

In a recent candid interview with Vibe magazine, singer Mashonda opens about her failed relationship with producer Swizz Beatz, with whom she has three-year-old Kasseem Jr, and much more! A must read!

Addressing Alicia Keys, whom Mashonda blames for her divorce…

Vibe: I know it was very important for you to sit down with Alicia if she was going to be around your son. Safe to assume that happened?
Mashonda: When I wrote her that Twitter letter everybody wanted to say things like ‘Oh, what do you need to meet her for? It’s not her problem, it’s Swizz’s.” I’m like, ‘You have a kid, go through what I went through and then talk to me.’ I’m not having my son around anybody I don’t know. I don’t give a [fig] who you are and how much money you have and what management he’s going to be under when he visits you. I need to see you and I need you to see how serious I am about him. And that’s what happened. We had to sit down, and I told her how I felt. I didn’t mention anything else, it was all about my son and it was fine after that. I’m not going sit and talk to [them] about what happened between the three of us. This is about my son.

Vibe: How did you introduce [your son] Kasseem to Alicia?
Mashonda:‘ This is daddy’s friend Alicia… Daddy’s girlfriend.’ I don’t want him to ever go over there feeling uncomfortable.

Vibe: When did this meeting finally take place?
Mashonda: It took a good year and a half. I think that only happened in March.

Vibe: This all sounds like a really awkward gathering…
Mashonda: It wasn’t awkward; I wouldn’t have done it if I wasn’t ready. I said what I had to say as a mom. It was a whole sit down dinner. So you know how intimate that is. There are certain things we have to do as women in order to move forward.

On infidelity and losing her first child….

Vibe: You mentioned there being infidelity prior to Alicia. What happened?
Mashonda: His older son Nasir was born while we were together. We were living together [and] I was pregnant at the time. I stressed so much because I found out [the other woman] was pregnant… it put me into pre-labor. I lost my baby in 2000 when I was five-and-a-half months. It was tragedy. Nothing compares to losing a child. That [stuff] put me into a two-year depression, it took me six years to even try [having a baby] again. I was afraid. So not only did I lose my baby, but now I was waiting for this other woman to have hers. Because of what happened to me, he wanted me to name the baby. He wanted a Muslim name and I loved the name Nasir. The first time I met Nasir we fell in love and whenever we had visitation he was my baby. I took care of him. We did everything that I would do with [Kaseem]. And when Swizz did that interview with DJ Enuff, he mentioned that I made him choose between his marriage and his son, and I was like ‘What?!’

“That kills me the most. He was saying these things because these are probably the things he told her. Obviously something is wrong with his morals, but I don’t play with kids. Even now with Alicia’s pregnancy, I believe she deserves privacy. I hate hearing people wish bad stuff on her and the baby. I’m like ‘People shut up!’ This is a child, an actual life… someone who has nothing to do with what’s going on right now. I wish her the most successful, healthy pregnancy in the world, that child is going to be my son’s brother or sister and that’s the only way to look at it.”

On finding out about Alicia Keys’ pregnancy…

Vibe: How did you even find out that [Alicia Keys and Swizz Beatz] were engaged and she was pregnant?
Mashonda: I knew these things for a couple of months… I never talked to him about it though. It’s his life, but people talk. Nobody is nobody’s friend when it comes to stuff like this. There are people in their circles that talk and it gets back to me and I’m like ‘Wow, okay.’ I still feel like we should tell each other…No, I don’t care. I don’t give him the vibe that I care, so he wouldn’t feel obligated to tell me.