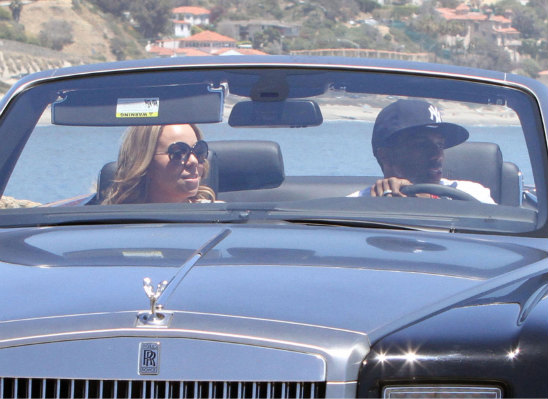 According to online reports, singer Mariah Carey and her husband Nick Cannon are expecting.

The news comes by way of RadarOnline:

“The 40-year-old pop diva recently dropped out of her next film gig — a role in Tyler Perry’s For Colored Girls Who Have Considered Suicide When the Rainbow Is Enuf — fueling rumors that she’s pregnant.

Now a source close to Mariah and husband Nick Cannon tells RadarOnline.com the couple — who renewed their vows to celebrate their second anniversary in May — are expecting their first child.

“They’re both very excited and very happy,” dished our insider.

“I’m not at liberty to discuss Mariah’s personal life at this time,” the publicist told RadarOnline.com, a statement that did not outwardly deny the pregnancy.”

SHANTE BROADUS IS A BOSS MOMMY

SHANTE BROADUS IS A BOSS MOMMY