Home » NEWS » VIDEO: DIGGY SIMMONS GIVES YOU WHAT YOU’VE BEEN WAITING FOR

VIDEO: DIGGY SIMMONS GIVES YOU WHAT YOU’VE BEEN WAITING FOR 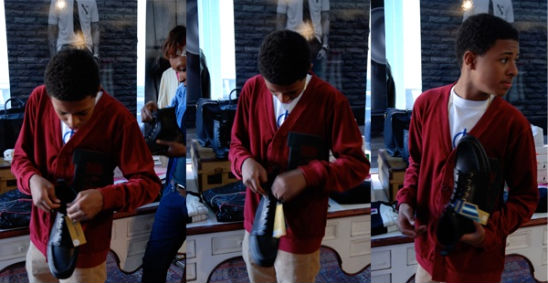 Click over to watch Diggy Simmons’ new video titled “What They Have Been Waiting For”:

“Recently Hip Hop great, Nas spoke on Diggy to Vibe Magazine stating that he felt the “Little dude is nice” upon seeing “Flow Stoopid”, the first viral video dropped by Diggy, directed by Phil The God. Since dropping, “Diggy What? Diggy Who?” and even before, things have been quiet within the Diggy Simmons camp. Informing his fans recently he has been working to make his next mixtape perfect for his fans, making sure he “GIVES THEM WHAT THEY BEEN WAITING FOR”, the Atlantic Records latest signee has decided to release a track and viral video off his upcoming mixtape, Airborne, which is a follow up mixtape to “The First Flight”….consider this the prelude track to “Airborne”, once again directed by Phil the God((Source)).”

HOT TOPIC: TOO YOUNG TO BE SO SEXY? WHO IS TO BLAME?

RUSSELL SIMMONS AND KIDS AT THE SHREK FOREVER AFTER PREMIERE

RUSSELL SIMMONS AND KIDS AT THE SHREK FOREVER AFTER PREMIERE