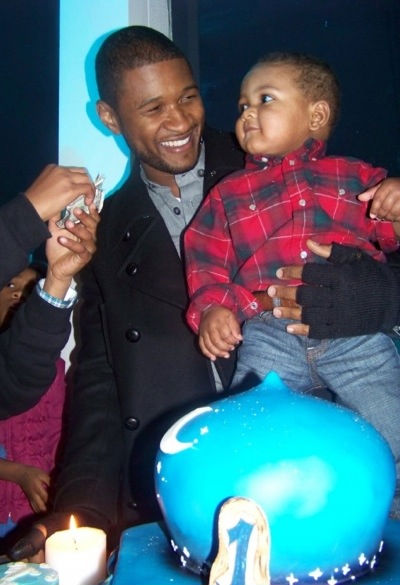 Musician Usher Raymond is denying rumors that he is to become a father again. According to the rumors, the R&B singer and his alleged girlfriend Grace Miguel are engaged and expecting their first child together.  Grace is rumored to be three months pregnant.

“There is absolutely no truth to it,” Usher’s rep tells E! News

Usher and his ex-wife Tameka-Raymond Foster finalized their divorce in November of 2009.  The former couple have two sons, Usher Raymond V and Naviyd Ely Raymond.