SHERRI SHEPHERD’S EX-HUSBAND: “MOVE ON FOR OUR SON’S SAKE 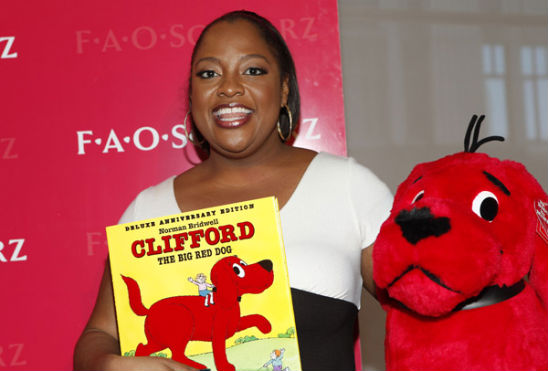 The View co-host Sherri Shepherd, sans her four-year-old son Jeffrey, attended the Clifford Be Big Campaign kick off at FAO Schwarz on February 11, 2010 in New York City. Meanwhile, Sherri’s ex-husband Jeff Tarpley wants his ex-wife to stop talking publicly about his past indiscretions  for their “son’s sake.” In an open letter obtained by RadarOnline, Jeff writes:

“Sherri’s career has sky-rocketed, and regardless of how she’s unfairly treated me publicly, I truly wish her the best. She is, after all, the mother of my son. I’ve owned up to the mistakes I’ve made and I never claimed to be perfect. All I ask is that that she no longer dwell on the past; and instead, let’s move on with our lives while providing our son the best possible care. Can you imagine if I were the one with a hit daytime talk show and trashed her at every available opportunity; or created a character in a sitcom for the sole purpose of attacking her reputation? I know Sherri, and she would have spoken out well before year five [of our marriage]; probably before hour five.”

Click here to see a picture of Sherri’s son

“The issues in our marriage that Sherri continually refers to happened around the time that Jeffrey was born. One thing Sherri never can deny nor has denied is the deep love and close bond I have with our son. Jeffrey will soon be socializing and interacting with other children, and eventually he will be able to search the Internet, where he’ll find article after article and countless video clips of his mom exacting a public revenge against his dad. Jeffrey does not deserve to grow up knowing that his mom used her notoriety to paint an inaccurate picture of his dad for the world to see. If not for me, it’s time to move on for the sake of our son.”

Click here for more pictures of Sherri at the Clifford event

DIGGY SIMMONS IS A LUCKY DUCKIE