VIDEO: JOE JACKSON SAYS THAT THE JACKSON KIDS ARE “HAPPY” 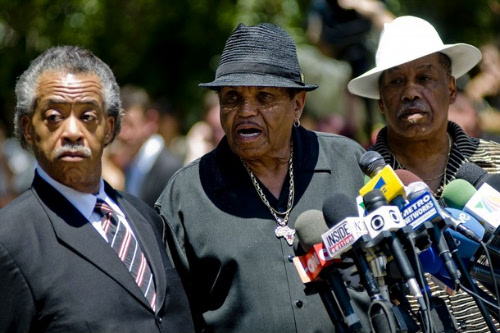 Joe Jackson, the father of the late Michael Jackson, held a press conference earlier today (June 29) outside of the Jackson family home in Encino, CA. During the conference, Joe mentioned that Michael’s three kids are adjusting rather well and that he and his family ” love those kids, too.”“We’ll give them the education they’re supposed to have,” he added

SWIZZ BEATZ AND SON AT THE 2009 BET AWARDS SHOW

SWIZZ BEATZ AND SON AT THE 2009 BET AWARDS SHOW