Home » NEWS » MARION JONES IS PREGNANT WITH HER THIRD CHILD

MARION JONES IS PREGNANT WITH HER THIRD CHILD 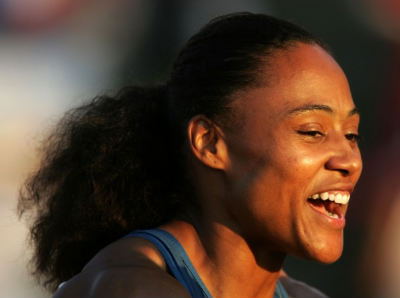 Former Olympic sprinter Marion Jones has a new beginning: she is pregnant with her third child. In 2008, the Olympic track star spent six months in jail for perjury concerning her involvement in a check fraud scam and her use of performance enhancing drugs. Speaking to a roomful of  people at the University of Pennsylvania’s Center for Africana Studies on April 23rd, Marion spoke of her regrets and her “new beginning”

“I wish that at certain moments in my career that I really had taken a break and stepped back from the fame, the money, and the success,” she said, “and thought about the decision I was making. One of my biggest regrets is that I did not do that at pivotal moments in my life and my career.”

“I went through so many emotions,” she added. “But when I first went in there was this feeling of relief. People are surprised by that. But it was relief in the sense that I knew I’d done what I had to do. It was the start of a new beginning for me.”

MAYA RUDOLPH IS PREGNANT WITH BABY #2