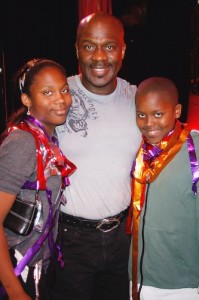 Gospel singer and judge on BET’s “Sunday Best” show, Bebe Winans, has responded to allegations that he assualted his ex-wife during an argument about their children. In a statement made  through his publicist, Bebe says the following:

“To be accused of these allegations, which arose out of a child custody right dispute and my desire to spend time with our children as court ordered, is nothing less than heart wrenching.”

He continues, “Since I choose to say nothing negative about my children’s mother, I will make no comment other than to say the allegations are inconsistent with my character and the foundation upon which I was raised and I am prayerful that the matter is straightened out very soon for the sake of our children.”

BeBe and Debra Winans have a 13-year-old daughter and 10-year-old son.